This article is the third part of, “The Powers of the Tata Nganga and Yaya Nganga”

Translation from Original by Oscar Guerrero 8/20/2013 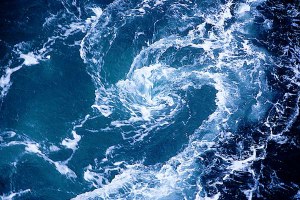 Among the Bakongo of Africa the nganga (priest) has always recognized the existence of “spiritual entities” and know the “secret” of their manipulation. From what I have seen in that land, there is no difference between the Afrocuban rituals and the African ones, the belief in these “entities” in Palo Monte gives us certainty that the Afrocuban rituals are exclusively of Bakongo origin. The Bakongo normally and indispensably use this “power” during their sacro-magical rituals.

There are nganga (priests) that specialize in this cults, whos “art” lies in the complete and absolute control of these “entities” with which they are capable of doing supernatural wonders. They clasify them in 2 catagories instead of the four the Afrocubans use. They are considered spontaneous material manifestations of the “nkita” (Tailwind and Bad Wind) and of  the “Simbi” (Whirlwind and Tornado). Terms which are used interchangeably to refer to a “Supernatural Being”, of aquatic nature, of energy or “spectral”, that adopt different rols in their magico-religious system. 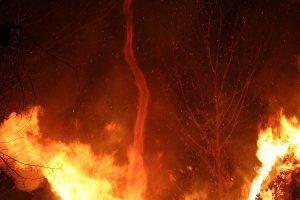 Whirlwind, Tailwind, Tornado and Bad Wind  are, as I previously mentioned, “spirits”, “entities” or “nkisi”, ethereal beings with their own personalities. The mayombero or mayombera that makes a “covenant” with any of them, has the ability to “work” with them, but before working them they have to learn how to “dominate” their “supernatural power.” This consists of 3 things, “name it”, this is something that each mayombero does individually, or as a Tata told me more than once:

“…they are all Whirlwinds, he is only one and at the same time he is many different ones. You can call him Four Winds
(Cuatro Vientos), Turn the World (Vira mundo), Defeat the War (Vence Guerra), Seven Paths (Siete Nzila) or however you
like or you two agree on. It is not a Deity, it is not a Saint, it isn’t an Mpungo or anything like that. It is a Force, a
Power. It isn’t physical, the only physical is his part which manifests, the one we can see when we “call” (pull) it, or
he wants to make himself visible spontaneously in the woods, in the bush. It easily “manifests” whenever it wants in the
reed beds during certain times of the year, it loves sugar cane! If I told you it was a spirit it would be a way to
explain it but not to understand it. The names of the Whirlwind that the mayombero gives it are not paths like some people
think. Whirlwind is one, he is named according to the way he behaved when he was “seated” on the “yimbi”, we make a “pact”
which and then we get the name. He gives us the “power” to resolve things. Anything. If I want to “pick up” something bad,
“tie a person”, kill an enemy. To send Whirlwind out is sufficient. I will give him something in exchange, but this is
something kept between sorcerers…”

It is named depending on how it manifests, according to how “materializes” in the moment the “pact” is made reflects its “power.” Mayomberos refer to the concept of “Power” ambiguously. There are several ways to define one word because one definition simply does not suffice. Power is a specific “ability” the 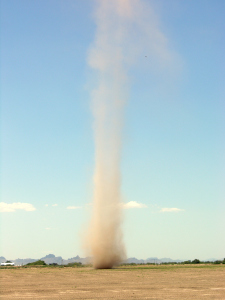 mayombero has in order to “work”, it is his specialty. Power is also a way to call the “mpungu” (literally Kik. Power), of the nganga. “Mpungo” is the Afrocuban way of referring to deities or Congo Saints in Palo Monte, the Cuban Nkisis.

During rituales of Palo Monte known as “juegos de palo” (lit. “palo games”), it is normal for experienced mayomberos and mayomberas to show off their “power” and “dominate” these “entities” invoking them at their whim so that they appear. By doing this they demonstarte their authority as a superior “sorcerer”. There exists a “drawing” which in Palo Monte is called a “firma” (lit. signature) that is used along with a specific procedure to make this occur.

When a mayombero attends a “juego de palo”, the host who is also the owner of the munanso (temple), the Tata-nganga or the Yaya-nganga or the bakonfula of the nganga being celebrated will hand out chalk (mpemba) so that the guest can trace their firma representing their “pact”. If it is an experienced mayombero he will not lose the chance to give everyone “proof” of his “power” and if he posseses some kind of “magical-pact” with an “entity” of this nature he won’t hesitate to use him in some sort of simple ritual.

Some mayomberos oftentimes associate Whirlwind with nzasi-nzasi or Siete Rayo, then there are those that believe otherwise and don’t know why it would be that way since Whirlwind is a “Spiritual Force” that can and cannot be associated with any mpungu-congo in particular. It can simply act on its own. Another important aspect is that none of these are “rooted” (fundamentado), in other words, they don’t have specific ceremonies and rites that “materialize” them with via “magical-charges” or are “seated” in a cauldron, stone, or any other material element […they would lose their essence, they are simply spirits that are invoked and act due to the authority of the mayombero and his “pact”, sacrifices are not made to them although they are given certain offerings which attract them and can make them meek….]. Just as they can manifest this way by the will of an mpungu-congo that uses this form yo make himself visible or “materialize” in a ritual in order to send a sign or a mystical-message to those that are able to interpret it.