Translation from Original by Oscar Guerrero 7/29/2013 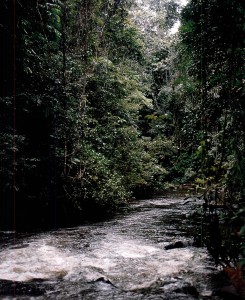 At the request of several commenters on this blog I am publishing this revised and expanded article, originally posted on another website with the title: The Four Powers of the Mayombero.

This article refers to “four” of the many sacro-magical “powers” that the Tata Nganga and Yaya-Nganga (priests of the Afro-Cuban religion Palo Monte, which are generically named mayombero or mayombera) use to do their “spells,” which are nothing more than magical rituals that are used to solve everyday difficulties or as defensive-magic or offensive magic. I do not want to make the impression that there is a preference or privilege of one “power” over another. Or ignore the existence of many other “powers” that the Tata Nganga and Yaya Nganga believe make up important components of his or her magical repertoire. But we have to start somewhere and this clarification is necessary to define the scope to which I make reference in this paper and so that we do not fall into bias. Nor do I give the reader the false idea that what I present here is irrefutable, no, on the contrary everything in my articles emerged from different methods of research on the religion of Palo Monte Mayombe which I have dedicated my short life to, and can be reinterpreted or refuted when more research showing that the conclusions I propose in my thesis on the interpretation of the practices of Palo Monte Mayombe are wrong.

There are four “spirits”, “entities” or “nkita” that play a role in the practices of the Mayombe Rite, the Rite which is considered to be of the more orthodox among practitioners of Afro-Cuban Palo Monte. There are those who consider that the practices of the mayomberas and mayomberos are closer to the original tradition of the Congo, as opposed to those who practice the other Rites such as Kimbisa, Malongo and Briyumba and who are considered more creolized. When it comes to this I have a very particular view and I think that even when mayomberas and mayomberos insist on calling themselves “pure” in reference to the originality of their Congo religious practice, today no such pragmatic authenticity exists and all Rites are colored by different levels of foreign interference either iconographic, conceptual or ritualistic. The Palo Monte of today is much more uniform when it comes to this. While it is true that there are some fundamental differences in practice the true differences are only in theoretical concepts. 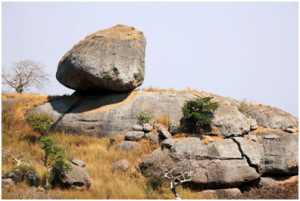 The “spirits”, “entities” or “nkita” to which I refer to in the preceding paragraph are: Remolino (Swirl), Rabo de Nube (Cloud Tail), Tornado and Viento Malo (The Bad Wind). These “spiritual beings” are associated with “spiritual forces” that live in the “invisible parts of nature” and contain the three fundamental qualities that constitute the magico-personalities of any spiritual “entity”: name, history, and use-ability. They can act on their “own will” without the intervention of mayombero, who neither create them nor manipulate them, he only transforms them so that they can “materialize.” Therefore they take on their physical forms through “ensalas” or “spells” with “magical” purposes. This is accomplished by executing “secret” ritual techniques that are referred to as “treaties” (tratados\covenants) and basically consist of three acts: invocation, offering and a magical pact.

A mayombero may learn to “tame” these etheric energies in two ways. A mystical-magical relationship with the “entity” that arises between them once the rite of the “pact” (covenant) which took place during the “Yimbi ceremony “. By “Yimbi ceremony” I allude to the spirit-servant that mayomberos capture for their witchcraft. Today this ceremony has been diluted into other sacro-magical rites as the initiation ceremony or “receiving a fundamento (Nkisi\Nganga).” But this once was a ritual that was done separately and did not necessarily imply the possession of an Nganga (prenda, fundamento or mayombero cauldron), nor was the person that underwent the ceremony considered a hierarchical level (Ngueyo, Tata, etc..). It was simply the “power” that the mayombero or mayombera was given to “see” (divine) and “work” (casting spells) with Congo witchcraft, possessing a “treaty”(covenant). The second is through an affinity “… some people bring theirs from birth and just need someone with knowledge to settle it and nothing more …” – a mayombero told me. He meant that there are people who “bring” from birth a relationship with one or more of these “spirits” and that rapport supersedes any ritual or authority and the godfather or godmother is limited to “bringing the two together” in the person so you can “work it” without preamble or ritual formality.

Each of these “spirits”, “entities” or “nkita” act in a field of “Visible Nature”. Remolino (Swirl) works with fire. Rabo de Nube with the earth, Tornado with water, and Viento Malo (bad air) with wind. Tata Viejo told me that there are mayomberos who specialize in “working” one of them because “… it is the one that relates to him …”. He also added:

“… Some of them like us more than others, they all don’t go together and you have to know what the limits are, one can meet and deal (have a pact or covenant) with all of these entities, but if you have one that you are attached to specifically you should not be blinded by power and try to worship another, after all these are  free spirits and are more powerful than us and to going to “war for war” (fighting for pleasure without any practical sense) with something you do not vibe with has no sense and may even be lethal … “.

This is a common rule in the practice of Mayombe, each mayombero “plays with what vibes with him” that is, he specializes in “working”, getting to know and mastering the “spirit” that relates to his magical-vibe otherwise his work may take away his “power” and weaken him. A mayombero is considered “complete” when he manages to dominate the “force that vibes with him” and know all its sacro-magical secrets. Hence, no mayombero considers any of these “spirits”, “entities” or “nkita” anymore powerful or higher in hierarchy than another. Of these four spirits, simply one may “vibe” with one and another may “vibe” with someone else, even if there have been mayomberos who “play with all of them “ such as one that [… tried to master Viento Malo and fell into the well where he lived, right there in the Mazamba Well Ta’ Demetrio lost his life in the 30’s because he wanted to be the most bacheche arriba ntoto (strongest on Earth…].

End of Part One