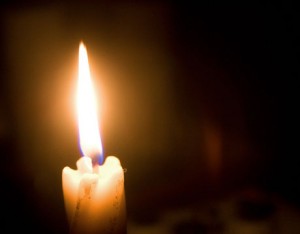 To be initiated means to become part of something, to be accepted as a member of a group or society. Like many initiations Palo initiation is likened to a simultaneous death and rebirth and occurs for various reasons but one of the most prominent is to overcome an illness or affliction. As previous mentioned in “Palo Mayombe The Dark Side of Santeria”, illness is not always necessarily seen in the Congo view as an illness that is cured by taking an aspirin (although it is included in it). Anthropologists have described the traditional Congo drum known as ngoma as the Drum of Affliction because drumming is often associated with initiation and initiation is often associated with an affliction. Since the Congo world is so closely knit to the world of the dead, specifically the ancestors, when one becomes initiated one not only becomes part of a member of a group or society of living but it is believed that they also become part of a group or society of the dead members of that congregation. Initiation is not limited to cure affliction however, it can be deemed necessary as part of a vocational calling and it is believed to enhance both the mediumship of those being initiated as well as to aid in their spiritual evolution. To become initiated also means to become part of what is usually a small autonomous group led by an “elder” that makes up a “house” otherwise known as a “munanso” and belongs to a particular school or lineage of Palo, the most popular being Mayombe, Briyumba and Kimbisa. Like most religions with separate schools each Palo lineage seems to claim authenticity and power over the other yet Palo practices are fluid enough to allow cross initiations among the lineages. Therefore it’s not uncommon to meet a practitioner who’s lineage may be “Kimbisa con Mayombe” or “Briyumba con Mayombe.”

Initiation does imply an ethical responsibility that will be carried out by the initiate. Not all lineages state those ethics, one lineage known as Quimbisa however, does. These 14 oaths taken during initiation were instituted to create peace within this fraternity and make sure that the “brothers” and “sisters” were strongly united by the bonds of faith. They are:

Tata Manuel Kongo, an initiate of Quimbisa tells us, “these oaths are not only for the good of the bonds that tie together the initiates of the institution but also for spiritual development of the individual. We believe that by always abiding by these oaths the initiate will develop a good relationship with the ancestors and they will always guide and help him or her.” A similar “code of conduct” was recently found and documented in Cuba among other lineages by a Linguist, Armin Schwegler, from the University of California while doing research in Cuba. He writes, “Paleros rarely if ever take advantage of their clientele, and all the tata and ngudi nganga[1] I have known invariably foregrounded a code of conduct that stresses personal civic responsibility over monetary interests. They do not, in other words, subvert the system, and they strongly feel that the quality and efficacy of their ritual stems from its fixed, structured, and morally sound nature.”[2]

It is important to take note of this because it is an example of Congo ethics continuing to play a role among the practitioners of these traditions. It is also easy to understand how these ethics become hard to employ in the United States, where we are taught that the individual and monetary gain takes precedence over society.

There are a number of hierarchical positions following initiation. The first initiation is that of ngueyo or “pino nuevo.” A person may become an ngueyo and stay an ngueyo for the rest of their lives. Otherwise they may study and develop to a second stage of initiation, usually after at least one year, and become a Tata (father) or Yaya (mother). Aside from becoming a Tata or Yaya one can also occupy a “position” or “plaza” within a munanso. Different positions vary according to the different lineages. Some Quimbisa houses for instance have 10 positions, others may have four. The initiator or godfather of the munanso is the Tata Ndibilongo Tuyembere. The other positions normally occupied by the godchildren are Bakonfula, Talanquero, Manzanero and Yaya. Each position is accompanied by its own ceremony performed by the godfather.