This article is the second part of, “The Powers of the Tata Nganga and Yaya Nganga”

Translation from Original by Oscar Guerrero 8/19/2013 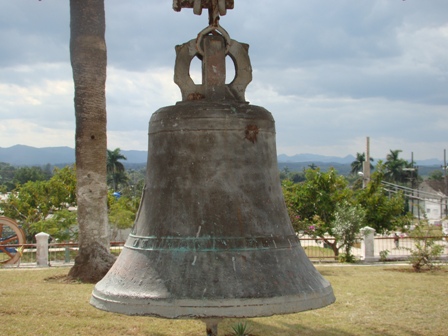 We previously left off speaking about the “mazamba well.” This famous “magical well” which my informant spoke of, can still be visited as one walks to the old Harlem Sugar mill and belonged to Ignacia, a priestess of Fon origin (an ethnic group that belonged to the old kingdom of Dahomey) that was married to a Congo of Musundi origin who was a practitioner of the Briyumba Rite which is the doctrine that ecompasses all practitioners of Loango origin.

The husband of the famous “healer” Ma Ignacia was the first “horse” of “Viento Malo” (bad wind) and it is believed that the person who “seated” (consecrated) him was a Congo of Yombe origin named Bartolo, practitioner of the Mayombe Rite, denomination given to the the tata-nganga or yaya-nganga whos doctrine came from the Kakongo ethnic origin. This was the birth of the first covenant (magical-pact), of which our informants have spoken with reliable consistency, between Viente Malo and his “horse” (medium) Saturnino.

“…at times Viento Malo presents himself as a black dog, others as a dark and dense shadow and others however he wishes because he has the ability to do whatever he wants. He was never “fundamentado” (there was never a cauldron, prenda or physical fundamento of the entity), it was only part of the spirituality of Saturnino, which was consecrated on the nape of his neck and was something inherited by family. In the past this is how these “things” worked, people would only work with “covenants,” nature and spirits. The nganga came about bit by bit and made things easier for mayomberos like myself that were traveling around looking for work like crazy in order to maintain the family…”

Alas, Palo Monte is a religion dominated by the search for the domain in the forces of Nature (mpungu) which the mayombero or mayombera manipulates via 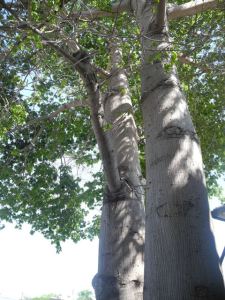 rites which result in “weapons” that are loaded with “power” that can have malefic or beneficial purposes. This is one of the pillars and the purpose of the rituals that take place, be it whatever end it may have. Palo Monte perceives the Universe as a set of powers that are antagonistic and invisible which one wields control over to change every day circumstances. These ethereal “supernatural powers” of nature are responsible for forming, coloring, giving sound, taste, sensation and even solidifying anything which can be perceived by any of the senses. In my book, “Nfinda, the definition of Self and Knowledge” I give an extensive explanation of this vital concept of the world in Palo Monte. I will use some of the ideas from that book in order for me to make my point in this article:

[…In Palo Monte, Mayombe, nganguleros consider time and space as single temporary spacial unit, not as two independant things; this way, all of the beings of space (“kuna”) and of time (“malanda”) are found in one classified category called “kuna malanda”…]

An example of this category is:

[…”Kuna mbanza” Havana. “Nsulu mongo” the mountain. “Kuilo” or “lukala” the river. “Kalunga” the ocean/ “Muna nso” the house. “Pambia nsila” the crossroads. “Tango” the sun. “Ngunda” the moon. :”Buete” the stars. “Yilo” or “mukiama” thunderbolt. “Lumbo wuaki” today. “Mbari” or “masimene mene” tomorrow. “Mvu lueka” next year. “Lango lango masimene” a long time ago…] […”matui” the category which all the beings that belong to the animal, vegetable or mineral world belong to; all of those which do not have “ntu”, those which do not have their own will and can only be activated by a being in the first category…][…”…Inside the “nganga”, these forces “matui”, that is, beings from “Matui” (animals, plants and “minerals) are “dormant”, they lack activity. Yet the “Mbua Nganga “(“Dog of the nganga”), being deceased, has the power of “ntu” or “intelligence”, free will, and therefore, can use them to do what his master or his mistress send him to do (the “tata nganga” or “mama nganga”) “…]