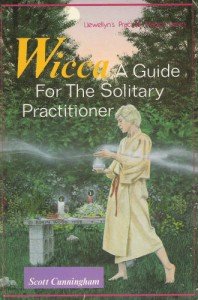 Recently I have had numerous Wiccans contact me asking for additional information in regards to becoming initiated in Palo. As I mentioned in a previous article the practitioners that make up Palo are no longer made up of the same demographics as they historically were. The internet age has brought us into a new era where information is not only more readily available but also more widespread. Anyone who travels the world will see that globalization is a process that has already begun and Palo has not been left behind. I find myself thinking about the fact that although I live in Miami I have godchildren in New York, Pennsylvania, New Jersey, Michigan, Arizona, Virginia and Germany. My religious family, elders and godchildren alike, is no longer made up of just Cubans or Spanish speakers for that matter but also of Black, White, Asian, and American Indians. A tradition that is not practiced by a large part of the population and was once learned through simple observation can no longer serve its practitioners the same way as it used to. In Cuba Palo temples are made up of small autonomous groups referred to as “munanso Congos.” Generally speaking drumming ceremonies are open to the community and as a child you can attend them. By simple observation you will learn traditional song and understand the hierarchy and other structures that exist within Palo, even as a non initiate. This is obviously no longer the case. This is also why I have teamed up with eleda.org to teach a class on Palo, to offer those people who are interested in Palo a foundation on which to build and to make that class available to everyone around the world.

Since Palo’s reach and popularity has grown it is no surprise that there is interest in Palo coming from the American Wiccan community. However, I think it’s important to note several things at this juncture. First Wicca has a number of reliable books available to its practitioners, this is not so in Palo. Second there simply is NO self initiation into any Palo rites at all, period. Third, while we have in fact learned that Palo is a tradition that is inclusive and evolved over time this evolution takes generations. We do not incorporate and mix traditions together, once we start incorporating other traditions like Wicca into Palo then we are no longer practicing Palo, it is something else, something new, but it is NOT Palo and shouldn’t claim to be so. This doesn’t mean you have to stop being a Wiccan to be a Palo initiate but it does mean that the practices should be kept seperate and distinct. And last but not least is the fact that you can expect to learn and grow within Palo at a much slower pace than any Pagan tradition in the United States.

Palo is a religious tradition not simply a magical system. Therefore in order to be an effective practioner one must let go of prior notions and expectations that one may have of “magic” as well as the mentality of immediate gratification that is prevalent in American society. Many of us struggle with this because we are so used to getting what we want NOW. I have learned a large part of what I sought out to find and in the process I came to realize two things. First, Palo can never be fully learned, to do so would take lifetimes. Second, what I was taught was not necessarily always what I wanted to learn at that time. Third, although you can learn an endless amount of things from an elder being an effective Paleroa also has much to do with your own spiritual development. As my father always said, “this is something you’re either born with and you have or something you don’t.” Therefore the hierarchy attained in Palo is a combination of desire and dedication as well as what spirits decide for you. One of my godsons who is a Tata asked me, “Why do you suppose I don’t have any godchildren? I want to have godchildren.” I answered him candidly, “for the same reason that there are many couples that want to have children and cannot. Sometimes it’s not up to them, it’s up to God.”