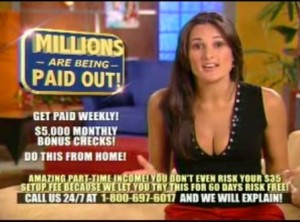 I received an e-mail over the weekend with some interesting questions. The following are my replies. Please feel free to e-mail me any questions you may have to tataguerra@yahoo.com

Q. Most approaches to Palo talk about it as a system of magic, and suggest that Palo can make you rich and famous in 30 days (and kill your ex-wife) if you just perform the right sacrifices. It is hard to understand Palo as a spiritual/religious system, which I understand that it must be. Could you provide clarity with respect to the role of Palo as a path of spiritual development?

A. Can you define what you mean as spiritual development? For the practitioner Palo most definitely is not simply a means to an end. For the “client” seeking to accomplish something however, it very well may be. That being said not everyone is meant to be a Tata or Yaya or an initiate for that matter. The highest form of “spirituality” in Palo is direct communication with spirits whether it be through possession, clairvoyance, clairaudience of any other form of mediumship. A “Palero” learns how all the spirits of the world around him work in harmony in order to attain a given goal. Some of this knowledge is learned but higher forms of spirituality are attained through the Tata or Yaya’s relationship with the spirits around him. Aside from dedication part of this is attained through moralethical conduct. Also, the goal of “work” isn’t set by the Tata or Yaya, it is set by the spirits. The role of the TataYaya is to cure “illness.” People oftentimes are confused with HOW it is possible to cure illness in a system that focuses on creating “hot” energy rather than “cool” energy. The answer is simple, Palo does in fact stem from a “warrior”hunter” based society, so it will use its “heat” to battlewar against the illnesses. It is worth noting that this is in direct contrast with other African religious systems from Cuba, namely Yoruba derived Lucumi practices where the focus is placed on “cool” energies, the highest form of spirituality is learned through Odu or Pataki (parables) and almost all adherents are called to become initiates. Also anyone “selling” Palo as a magical system that will make you rich and famous is doing just that, SELLING something. If this was the case all Tata and Yayas would be rich and famous. If Palo “magic” was based on the whims of the Tata or Yaya slavery would not have existed. This is why Palo can be considered a religion or magico-religious system.

Q. From my limited understanding of Santeria, typical livestock animals are used for sacrifice, and the animals are killed cleanly with either a cut to the throat or by snapping the neck. From what I have heard about Palo, the animals are sometimes tortured, mutilated, or killed in ways that place the animals in significant distress. Is this true or false, and to what extent is it limited to one house or many houses. One concern I have is, notwithstanding Oba Pichardo’s case, I’m not sure that these kinds of rituals couldn’t subject a practitioner to animal cruelty charges. (Lukumi sacrifice is similar to Jewish kosher slaughter methods which are already legally protected as humane slaughter techniques).

A. In 16 years of practicing Palo, during which time I have participated in and witnessed countless ceremonies in the three major Palo Rites and dozens of Palo branches and “houses”, I have not once been a witness to animal cruelty, torture or mutilation. As a matter of fact one of the requirements that one should have when offering an animal should be the health of the animal. The general belief is that the healthier the animal the better the sacrifice. Ill and weak animals aren’t desirable since the belief is mostly that the strength of the animal is passed on to the nkisi being “fed.” Most often, especially during large gatherings, the animals that are ritually slaughtered are then consumed. After watching how animals are killed in a slaughterhouse I believe that our treatment is much more humane.

Q. Another question is that i understand in Palo, sometimes dogs or other “pet” type animals are used in sacrifice? Is this true and if so, how general is this practice?

A. This is very uncommon and once again I have never been a witness to this. Aside from that it would be considered cowardice among practitioners to sacrifice something like a puppy. This should NOT be mistaken however with using animal parts from domestic animals to build ritual objects. Such animals parts CAN be obtained legally.

Q. Also, I heard that preparation of a cauldron requires human remains, and sometimes work in the graveyard. Is it possible to practice Palo without desecrating graves? Is there a way to practice without committing crimes?

A. Absolutely. It is possible to get human remains legally and to practice palo without desecrating graves.

Q. Last, I understand that people are “scratched” with some kind of blade? Are there any ways to protect against blood born diseases?

A. Without giving away any secrets and being specific, initiates should never have to run the risk of contracting a blood born disease.