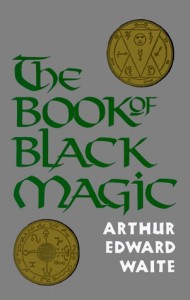 Black magic has traditionally referred to the use of supernatural powers for evil and selfish purposes (http://en.wikipedia.org/wiki/Black_magic). This definition alone places Palo in direct opposition with “Black Magic.” Palo’s primary purpose is to cure “illness.” It is important to note that illness is not defined the same way in the Western world as it is among Palo practitioners. Aside from illnesses that require aspirin for instance, illness can include loss of property, work, love and lack of success. In short, categories of illness and medicine in English and Kikongo overlap but do not coincide. The Palo practictioner cures such illnesses by creating “bilongo” which literally means medicine.

So what is considered good and evil in Palo? This all depends on whether the motivation for the work being done is for social benefit or personal benefit. That which is motivated by a desire to support the community (the supreme virtue in Congo ethics) is good while that which is done for personal gain (and hence in opposition to the common good) is evil. Are there initiates that claim to practice “black magic” within Palo? Yes. However to quote my elder Tata Nsasi Masongo Quimbisa, “just because there are people who do not live up to the highest spiritual principles of any faith does not invalidate that faiths claim to spiritual elevation. There are priests in every tradition who use their position to do harm.”

There are numerous reasons people may label Palo “Black Magic.” To begin with the earliest published books in English that mention Palo and attempt to describe and define it did a poor job in doing so. Second of all, from a purely aesthetic point of view Palo shrines are purposefully meant to create awe in order to make the ritual objects convey the strength they contain. People may easily confuse this “look” with something evil. Third, these shrines are foreign to most people. When people see something they don’t understand they oftentimes label it as “evil.”