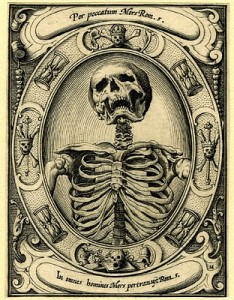 Magic is the ability to control the world by supernatural means but magic cannot be performed at the whim of the Palo practitioner otherwise known as the Palero. Rather, the Palero must act with approval of all spirits in order for his work not only to function but also to not cause problems. This is why a good Palero is in touch with the ancestors, the earth and is ultimately a religious person and a spiritual being. Through this he or she will create a relationship with the spirits and ultimately receive their blessings. This does not mean that most Paleros act this way, it is simply a logical observation as to how they are expected to act.

A Palero cannot do as he wishes at his own whim. Aside from his pact with the dead of his lineage, known as bakulu, the Tata or Yaya also makes a pact with a spirit from the cemetery. Once again we can observe the relationship between the Palero an his surroundings as he enters the cemetery ceremonially identifying himself and asking for blessings as well as paying his respects to the mpungos (kimpungulu) that live their, specifically Centella Ndoki and Bacobayende carretonero.  It is important to note that the Palero does not ENSLAVE a spirit. Rather he comes to an agreement with him. Much like a tree or plant that must be in harmony with the Palero in order for his work to be effective, the Palero cannot take any spirit he wants. This spirit is bound to the Palero for life and is represented by a human bone and empowered by ceremonies and ingredients placed in a ritual object called an nkisi, nganga or prenda. The Tata or Yaya in posession of an nkisi tells the spirit what needs to be done, but he consults through divination to see if what he wants to accomplish can be done. His relationship with his prenda becomes extremely personal. The first 40 seconds of the following video shows us just that. Here the Tata says, “The relationship between the gangulero and his prenda is much stronger than the norm. It is this way because the gangulero carries the bond in the blood that runs through his veins, this creates a very intimate and profound relationship between the two, coming to a point where the prenda is worth more to him than anything else in the world, more than riches or any mundane pleasure, his prenda is everything to him, it is the past, the present and the future.” He goes on to say, “once he has died it is a great honor for the gangulero to continue working with those spirits he communed with during his life, this is an honor that must be earned, an honor that maybe lost if one succumbs to the temptations that are presented through the years. The gangulero that truly works this should always work it clean, through the nganga’s favor he can earn this honor.” The video goes on to show a traditional animal sacrifice used to fortify the nganga.